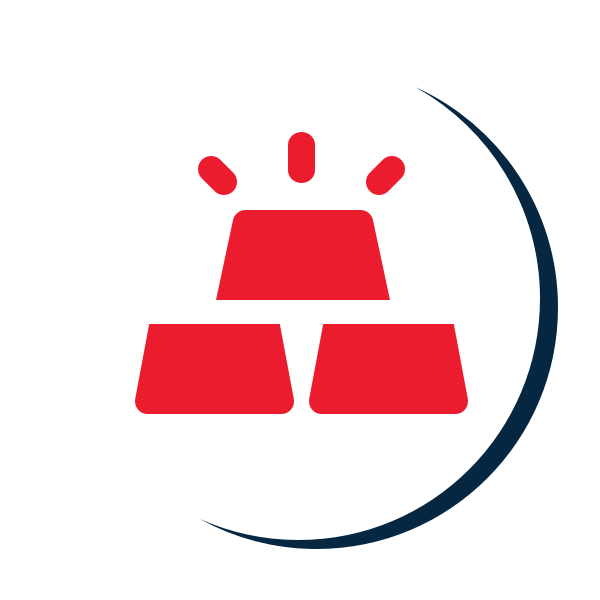 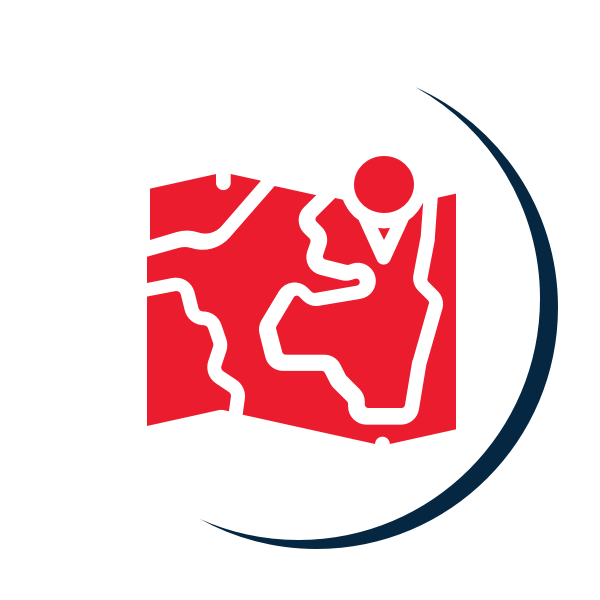 The Pampa Paciencia project lies within the Paleocene Mineral belt in Northern Chile. The belt hosts a wide range of intrusion-related mineral deposits. They include giant copper/molybdenum porphyry deposits like Spence and Sierra Gorda, as well as low sulphidation epithermal gold-silver deposits like Faride and Yamana’s world-class El Peñón. 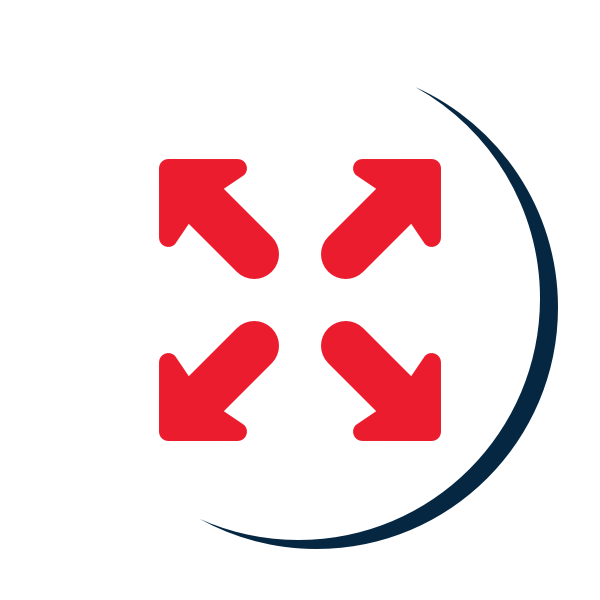 Mineralization is wide open over several kilometers. Four historic drill holes in the Paciencia North Vein hit significant gold values. However, veins in the Central and South Zones were not drilled. Additional known veins have yet to be mapped and sampled, adding potential for additional discovery and size development.

Pampa Paciencia is
in an excellent mining jurisdiction

Pampa Paciencia is located within 15 km of two major producing mines in Sierra Gorda, northern Chile. The project sits in the Paleocene belt, home to a variety of Chile’s iconic mines like the Spence and Sierra Gorda Cu-Mo porphyries, the Guanaco and Amancaya epithermal deposits, and the El Peñón mine.

Pampa Paciencia covers approximately 38 square kilometers after Astra nearly doubled the project size by staking the Impaciencia claims to the west. It has accessible roads, power, and is in a mine-friendly jurisdiction. It is adjacent to the Cerro Dominador solar power plant – a potential source of green renewable energy.

The region and project are underexplored. Extensive but relatively shallow post-mineralization cover has kept historical exploration focused mainly on large porphyry deposits. LSE deposits which are genetically-linked with porphyry deposits have received relatively little focus. A small fraction of the known strike length of veins at Pampa Paciencia have received work, but have produced very encouraging results.

An epithermal project
in the early stages of discovery

More veins on surface yet to be mapped and sampled 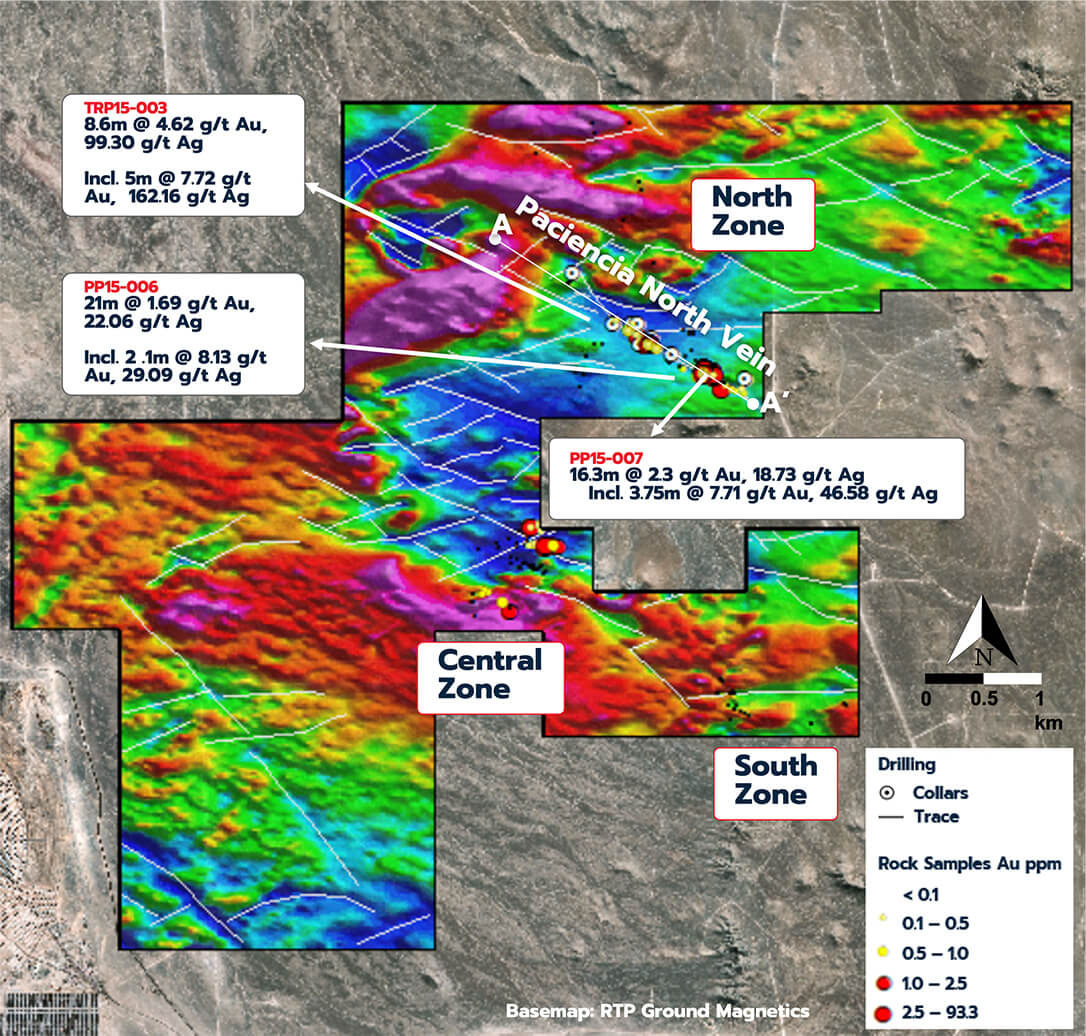 The veins at surface in the Central and South Zones indicate a well-preserved epithermal system. They have never been drill-tested.

Exploration work by previous operators included geological mapping, rock chip and float sampling, ground geophysics, 2629.75 m of trenching and 3209.3 m of drilling, and resulted in the discovery of a low sulphidation epithermal vein system with Au and Ag-rich mineralization.

The results suggest a well-preserved system. The North Zone appears to have an intermediate level of erosion and the Central and South Zones shallower levels of erosion. None of the zones have been conclusively tested and potential exists for further vein-hosted Au-Ag mineralization at depth and along strike under post-mineral volcanic rocks or gravel cover.

Similar vein-hosted low sulphidation epithermal mineralization is observed in the now abandoned Faride deposit 5km to the south, and at the El Peñon and Amancaya mines some 200 km south along the same belt. In all cases, aggressive systematic drilling beneath sub-crop and shallow cover resulted in the discovery of new resources.

Astra is conducting an initial exploration program which includes detailed mapping, sampling, geophysics and trenching to expand the vein systems in the North, Central, and South zones. A drill program will follow consisting of RC and core drilling to test newly-defined targets and step out to expand mineralization at the Paciencia North Vein. 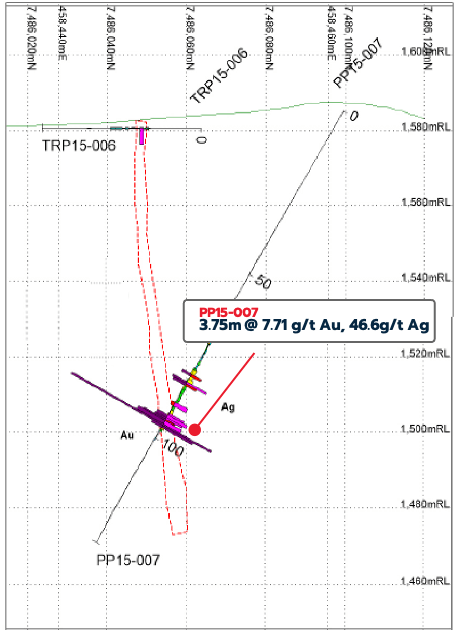 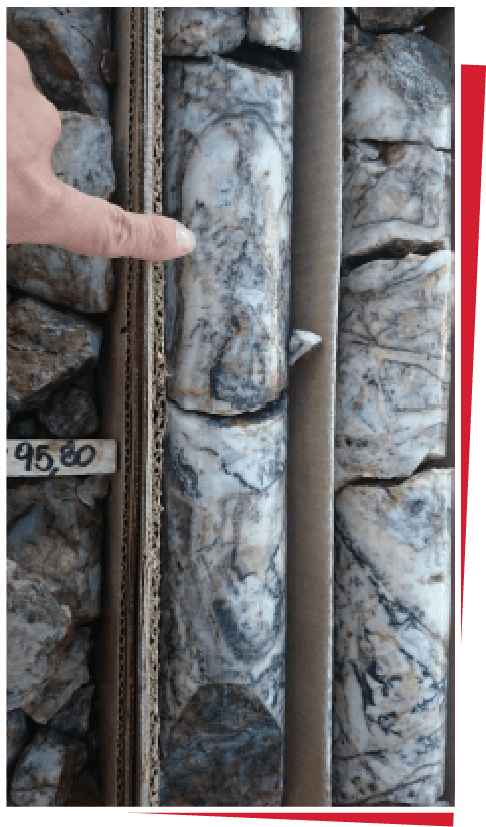 The prize is an analogue
of the El Peñón mine

A world-class mine with total known endowment of over 7.3M oz gold and 207M oz silver